How can I be a better man? 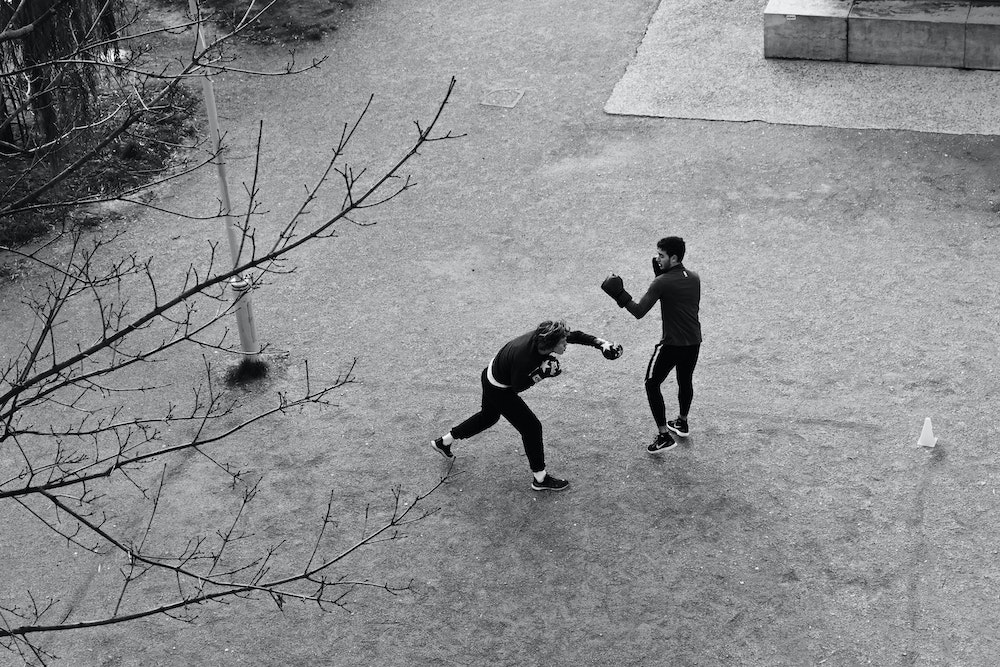 This essay is a little weird. It’s a description of a scene and my reaction to it that was both perturbing and engrossing. It was fairly early on in the pandemic, back in May 2020, and I found it so arresting that I jotted it down in my journal as soon as I got home. I have just now decided to share it. I hope you enjoy.

It is the time of quarantine, and I am out riding bikes with my children, keeping our distance from strangers as we enjoy the warm sunshine and the wind on our cheeks. My youngest is just starting to ride and has advanced miraculously in the last few weeks in that bounding way that children sometimes learn. I watch her boldly handle the brakes and take turns with abandon and a jaunty lean.

At the park, the crowd is unusual, almost a sea of tanned white bodies clustered on the wide swathe of grass. It’s strange to see any crowds these days, and this one is exceptional.

I first take it for a sports team, maybe footballers dividing up for a game. As we grow closer though, I see that the intense circle of young, muscled flesh, nearly all of them shirtless, is in fact a boxing ring.

In the center, two boys pace each other warily, comically large gloves on their hands. They are clearly neophytes but move with that easy grace that is the purview of a few athletic teenaged boys. They jab and swing wildly then retreat, tiring themselves out more than doing any real damage. Neither of them appear too excited about being in the ring, but neither are they willing to back down. They waste no time with body blows; it’s all head shots. The knockout punch and the end of this is clearly the goal.

Their crowd of compatriots encircling them are much more enthusiastic. Shouting, cheering, taunting, hollering demands to keep fighting. There is an uncomfortable energy in the air, a charge of violence both actual and potential. It feels like just before a thunderstorm: black clouds, swirling winds, a threat of destruction, and a heaviness in my gut & my balls.

Whatever my discomfort, the boys ride the wave of energy, breathing it in and sweating it out. There is anger, a little fear, pride, testosterone, and a bit more sexual tension than any of them would be comfortable admitting. A lot more fucks fly from their spitting lips than is warranted by the action in the ring. They are in this moment though. I most certainly am not.

I watch my children watching the boys. My daughter is wide-eyed and silent, maybe not frightened, but certainly cued into the thunderstorm feeling I have. A pretty girl needs to be wary of boys (and men) in groups, especially keyed up groups like this one.

My son is also silent. He can’t look away and keeps circling on his bicycle, not approaching by any means but drawn in by their gravity just the same. I can’t help but wonder at it. He’s a sweet, sensitive boy, a gentle soul. He’s more into books and video games than sports, but I guess none of us is immune to that animal pull of violence.

For myself, I’m glad I ran into this gang. What a bizarre display of rebellion in the time of COVID. I find myself more than a little jealous. Of their youth and strength, sure, but also of their cocksure bravado, their utter disregard for their own safety and wellbeing. They look at a threat, either from a virus or a gloved fist, and would gladly take it on the chin as long as they didn’t have to look weak in front of their small, juvenile pack. And while that is a set of priorities that is alien to me now and maybe always has been, it is also wonderfully enticing in its simplicity.

Enoch is 44 years old and lives in suburban Texas with his wife, 3 children, 1 dog, 1 cat, 1 hedgehog, and a rapidly shrinking flock of chickens. He is a surgeon who would usually rather be writing than cutting people. After reaching success in his profession, he ran into a wall, sank into a deep depression, and has been on a long, winding journey toward becoming a better man. That journey has led him here. 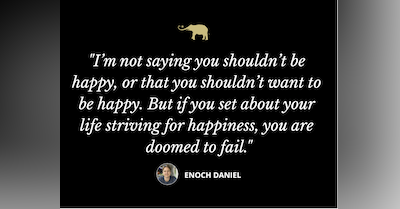 The search for happiness in our lives is an idea I've been wrestling with for some time. I have some thoughts which I shared in an article published to E… 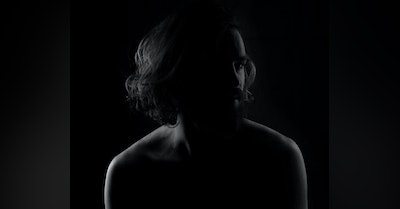 My (mis)Adventures in Meditation

Wanted to share here that I just published an article in Elephant Journal. This came about after a Twitter conversation with one of the editors about how…